Love Lake Norman Church is a place to ask questions. It’s a place to doubt. It’s a place to inspire. It’s a place to learn. That’s the environment Pastor Jerel Law is working to create in his new Old Town Cornelius space. Since opening the doors in April, in the shared Kadi Fit studio space in Oak Street Mill, he has made it his mission to create a non-denominational, Christian worship space where “you can belong even before you believe.”

“Too often, people who have questions about their faith feel more judgment than grace,” he said, and that can make church unpleasant and uncomfortable, and deter people from attending worship services. In opening Love Lake Norman, he hopes to provide a place where everyone can feel comfortable, regardless of where they are in their faith journey. He seeks to meet them where they are.

“I like walking alongside people who have a lot of questions,” Law said. “The truth is that none of us has it all together. At Love Lake Norman, you can be a part of something while you’re trying to figure it out, with fellow travelers.”


Raised in the United Methodist faith, as a child and adolescent Law felt little connection to the rituals and practice of his church – he failed to see their relevance to his life. In college, however, he had a sort of “ah-ha” moment about faith in general, and his personal faith in particular.

“I realized through a personal connection with God, I could make my faith my own,” he said.

Now, as a pastor, he is making his church his own. And through it, he aims to help people realize personal connections with God in their own lives, just as he was able to do. 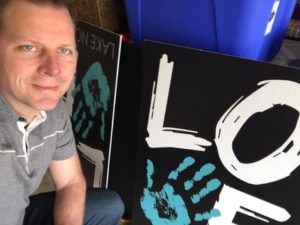 Originally from Raleigh, Law, 45, is a single father of three and a published author, and has more than 20 years of full-time ministry experience. He earned a master of divinity degree from Gordon-Conwell Theological Seminary, and moved to the Charlotte area in 1997, then to Huntersville in 2003 where he worked as pastor of discipleship and outreach at Radiant Life Fellowship before deciding to venture out and start his own church.

With so many churches in the Lake Norman area, why open another?

“Sometimes it’s easier to draw people in to a place when it’s new,” Law said. And, with his background in starting and growing churches, he’s drawn to the spirit and energy behind entrepreneurial ventures. “I like creating something new out of something that didn’t exist.”

If the first few months are any indication, he’s off to a good start. More than 100 people attended the inaugural service at Love Lake Norman April 2, and the church has seen an average of 70-90 congregants every week since, Law said. Each week brings new faces– everyone from young, single members, to married couples, to retirees, some regular church-goers and some who haven’t been to church in 20 years. 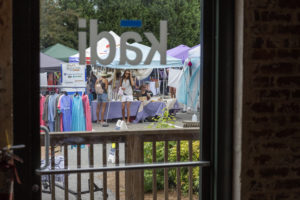 The diverse crowd is one reason Law wanted to be in Old Town Cornelius specifically, he said: the people, and the old-meets-new culture of the area. He’s inspired by the efforts of community members like Kadi Fit owner Katie Dixon, who created a unique and welcoming fitness environment to foster a community culture around health and well-being (and who shares her space with Law), and Bella Love founder Case Warnemunde, who is mobilizing community members to make Old Town Cornelius an arts and cultural hub for the region. It’s an area of growth and change, but also deep roots, and it’s a community to which Law wants to contribute.

An important and significant part of his ministry, “we want to help the community,” Law said, and with the help of his leadership team and committed volunteers, he hopes to identify community needs and organize people to help in effective ways. “God loves Lake Norman so we should too.” 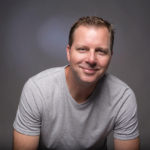 Law is also a published author. He writes Christian fiction with a supernatural/action-adventure spin for middle-school-aged readers. Storytelling overlaps in many ways with his work as a pastor, he says.

“Fiction is a way of expressing truths,” Law said. “The best fiction is about deep truths.”

To learn more about his writing, visit his webpage.