The inside scoop on a few of the best happenings in OTC each week.

“This is a great state and we all need to help,” Groody said.

The fundraising initiative was started by Chef Vivian Howard, of Chef & the Farmer. She made a plea to chefs across the state to serve fish stew, a traditional eastern North Carolina dish, in their restaurants and donate proceeds to United Way. Chef Groody has taken the idea one step further, hosting an entire afternoon of fundraising and of course, fish stew, for this important cause.

“I wanted to reach out to everyone,” Groody said. “D9 is a great venue and reaches more people than restaurants can alone.”

Oh, and there will be plenty of D9 beer, too! 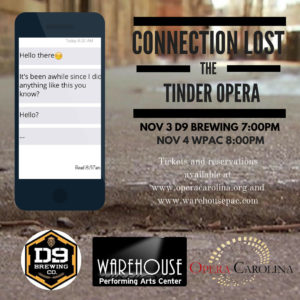 What do a popular modern online dating app which began in Southern California in 2012 and an art form which began in Italy in 1598 have in common?
They are combined in a love story in a world stage premiere this Friday – where else, but here in #otc?! The Warehouse Performing Arts Center is teaming up with Opera Carolina for National Opera Week to bring some innovative performances to unconventional stages.

Connection Lost: The Tinder Opera was written by composer Scott Joiner and librettist Adam Taylor, and it was originally produced for film. Menotti’s The Telephone and Barber’s Hand of Bridge, are also part of the evening repertoire, which explores the intricacies of love lost and found, both online and off.

The intimate space of the WPAC will no doubt lend a hand to the expression of love and intimacy in a social media saturated world. Tickets here.You can also catch a sneak peek at the Tinder Opera in the newly expanded taproom at D9 Brewing Thursday night. LEARN MORE 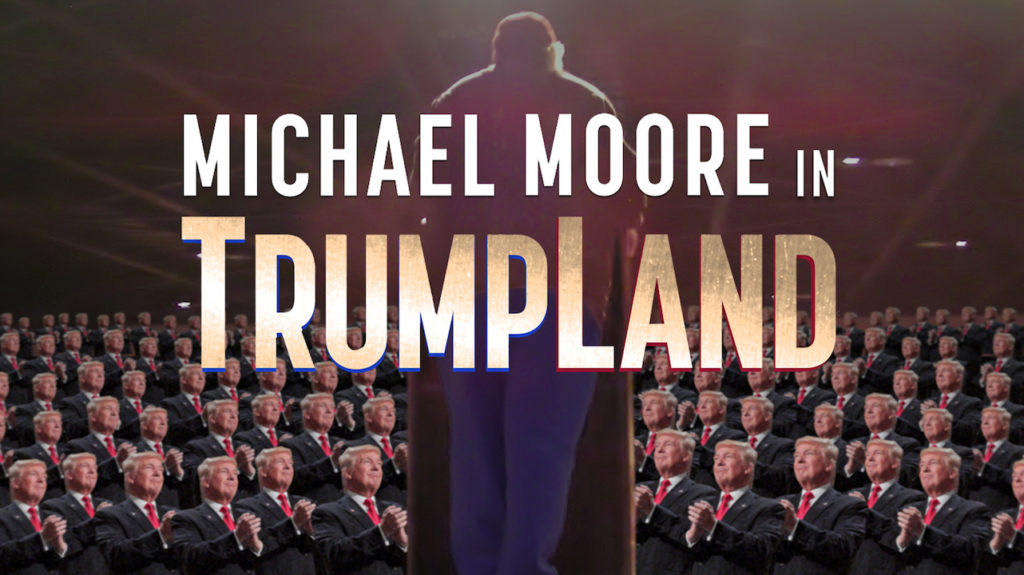 Just in time for election day, this heartfelt, honest, and hilarious concert film is essential election viewing for a divided America. It is entertaining, outraging and informing. The film is based on a one-person show and was released less than a month ago. Is it a “love letter to Hillary,” or an appeal to Trump supporters? No matter which way you are leaning, Michael Moore’s Trumpland is a must-see. Tickets here